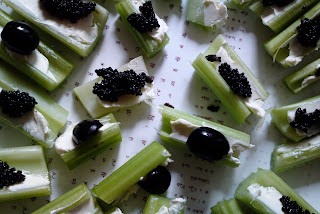 On the 19 august 2000, on a mostly unplanned one-week trip to Argentina, just after having landed in Buenos Aires, I had gone jogging to the Teatro Colon to check out if there would be any concert that evening. When I reached the place, I found a small ticket booth with a lady who just had two small blue tickets left on her desk. When I asked her whether there was a concert that night, she said, that I was a lucky man. Tonight was going to be the Golden jubilee concert of Daniel Barenboim who inaugurated his career in the very same place 50 years earlier. I ran to the ATM and immediately bought the two tickets, 100 peso a piece, at a time there was parity with the US dollar, but worth every penny I thought.
So it turned out, the Barenboim family, who was of Jewish Polish origin, had emigrated to Argentina. Daniel the small piano genius was discovered quite early, and in 1950, he gave his first concert at the Teatro Colon. Then, he travelled the world and became the internationally renowned conductor that he is (Plus, lately, a peace activist working for musical collaborations between Palestinians and Jewish people). This anniversary concert was beautiful. Started classical with Mozart, then romantic with Beethoven, went through Scriabin and finished with some Argentinian specialities. The audience was very respectful, and I could see in the room some old ladies who had come with the programme of his first performance 50 years before. He was back to celebrate, so the Argentinians would celebrate him with a full room. The two last tickets had been sold the very morning of the performance.
How does memory function, I do not know. The concert had remained ever since in my mind, although it was just a memory. Then, today, in Beijing, for some reason, I went on line and looked for an hypothetical recording of the concert. Turned out there was one live CD of the event, I downloaded it (Legally), so we had brunch in Buenos Aires.
As I had told my son about the whole story, he listened to the concert, and during the applause, he suddenly asked: "Dad, so if you were there during that concert, you must be part of the people that we hear clapping, no?"