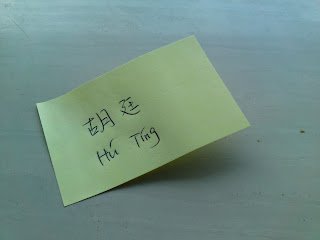 Indian English is fo nd of the “coming into existence” expression. My tendency when I used to see it in trainees’ reports was to suggest a replacement with something a little lighter to read. However, this expression really applies when one arrives in China to organize his life. Hence, “coming to existence”, yesterday took a number of steps. The first one was to get a name. The office here prints our business cards on two sides, English and Chinese, so the process involves choosing a “Chinese names”. Identifying a Chinese name is a task that can be either simple (by strictly aiming at homonymy, the next phonetic equivalent) or a bit complex (if one wants the Chinese name to carry some meaning). A famous success story in Chinese naming is Coca Cola. Last April, during a preliminary visit in the province of Ningxia, one of the health officials we met decided to give me a name that used the same character as the one in the name of the current Chinese leader, under the assumption that since it sounded like someone important, it had to give a good impression. So as the matter was raised again yesterday, the case was rapidly set: Why look for something complicated while respectability was at hand? Hence, in two ticks, the new name was written on a post-it and sent for business card processing.
The second stage of coming into existence involved going to the Bank to set up a new account. Mrs Cheng, the secretary of the office, who has seen quite a few Western expatriates going through China offered to walk with me to the Bank and help. En route, through the slightly artificial neighborhood of the diplomatic area of Beijing, we commented on the weather and on the various floral arrangements of the embassies, in pleasant summer afternoon walk. The bank was an experience though. It was good to be with someone trustworthy, because I have no idea what I signed. A young woman behind the desk made me choose 4 different passwords and PINs, gave me a “saving account booklet” like we used to have in the seventies, asked for 15 RMBs as account opening fee and another 1 RMB so that “the balance would not be at zero” and handed over 6 receipts, among which one for the 15+1= 16 RMBs...
The last “coming to existence” experience was going out to get a photo clicked. As Mrs Cheng offered to help again, I politely declined, embarrassed at the amount of time she would have to spend handholding a clueless foreigner in the city. Hence, back at the hotel I asked the concierge. The young bell captain was deputed to handle the matter. But it was not only about walking three steps outside in the street to show the way: He came along and handled the complete situation. So here we go, walking though the back streets of the area to find the Kodak photo-ID studio, going through the usual where-are-you-from and other questions on the way. Of course, he is wearing his fancy black uniform, which looks a little out of place 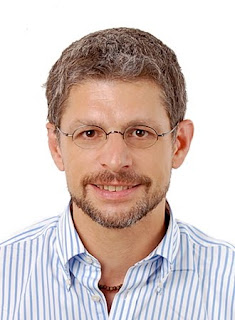 outside of the lobby of a hotel, but never mind. In the photo studio, the ladies took substantial interest in what seemed to be a task slightly less boring than the daily routine. The photo editing session in Photoshop was the focus of liverly debate focusing on which blemish spot should be removed and how much dark  circle around the eye should be erased (When I suggested that the picture could just be left that way, I was starred at in a compassionate way that basically communicated: “Leave us handling that, will you? You obviously do not get it!”). So few minutes later, here we are, walking back to the hotel, going through more questions, eight photos in hand, some regular size, some Singapore visa size, appreciating that one of the pleasant aspects of coming into existence was the interest that people can have for you, to the point that they will take a stroll in the street, ask a few questions and accept you as part of their daily life.