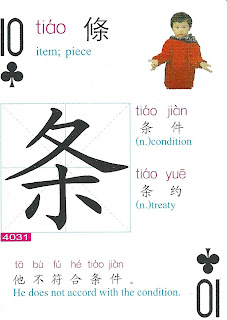 In Chinese, words that refer to objects are just concepts. Hence, for objects to become real so that they can be counted, Chinese people use these things called "measure words". Think of it that way: The apple is not an apple, it's the concept of an apple. So, if you want to say "two apples", you have to say "two pieces of apple". That piece word is what is called "measure word" in Chinese. For many words, the "measure word" is generic, “个” or “ge” is the one most commonly used. So far, things are simple.
The problem is that the measure word changes with the type of the things considered. If you thing of “个” "ge” as the word "piece", then, for many words, you would not actually use the measure word "piece" but another one more adapted. For example, for flat things, like tables, you would use "张", "zhang", as if you were referring to slices. So, in the same way, you could count slices of tables, slices of papers and slices of tickets. Slices of books too? "NO!" said my Chinese teacher. For books and similar things with pages, we use “本”，"ben". So, you will use "ben" for books, exercise books, dictionaries and ... passports!
At that stage, the complexity seems daunting, but it only gets worse. For long things, Chinese use “条” “tiao”. That measure word works for streets, rivers and pants. Great. Maybe you got the measure word for pens? Right? "NO!" said my Chinese teacher. Pens are not so long! So for a pen, we can only use “支”, "zhi", like a small stick. OK, OK, OK. So maybe a train would be long enough for “条” (“tiao”). "NO!" said my Chinese teacher. Trains are like a chain of things, so we use “列”, "lie", which would also apply to a metro. Scared as one maybe at this stage, you attempt to ask whether chopsticks would be measured in “条” (“tiao”) as long things or in “支”, "zhi" as short sticks. "NO!" said my Chinese teacher. Chopsticks go in pairs! so you use “双” "shuang" as you would for shoes. But if you have more than two in the set, then you use "套" “tao”. The "set" measure word would apply to a game of mahjong or to a collection of stamps. So what about a pair of glasses? That would be “双” ("shuang"), surely, as in a pair. "NO!" said my Chinese teacher. For glasses, it's different. It's like a pair-set, so you use “副” “fu”. Go figure.