augusti 18, 2014
Day seven. Takamasu is a relaxing, laid back city on Shinkoku. The small Japanese hotel where I stayed was run by an adorable 80－something couple who was just as careful with their polite formulations as they were with the management of their business margins. As they are virtually the only of many city Takamatsu hotels on Western on-line booking systems, they basically multiply their rates by two for the poor blokes who could not open a Japanese phone directory to call any normal hotel to reserve a room the Japanese way. Never mind: always happy to supplement the Japanese pension system. Now, i did not come to Takamatsu for the hotels, I came for Naoshima, the art Island, a unique project by which an Island that was suffering economically from a dying fishing industry got revitalized. 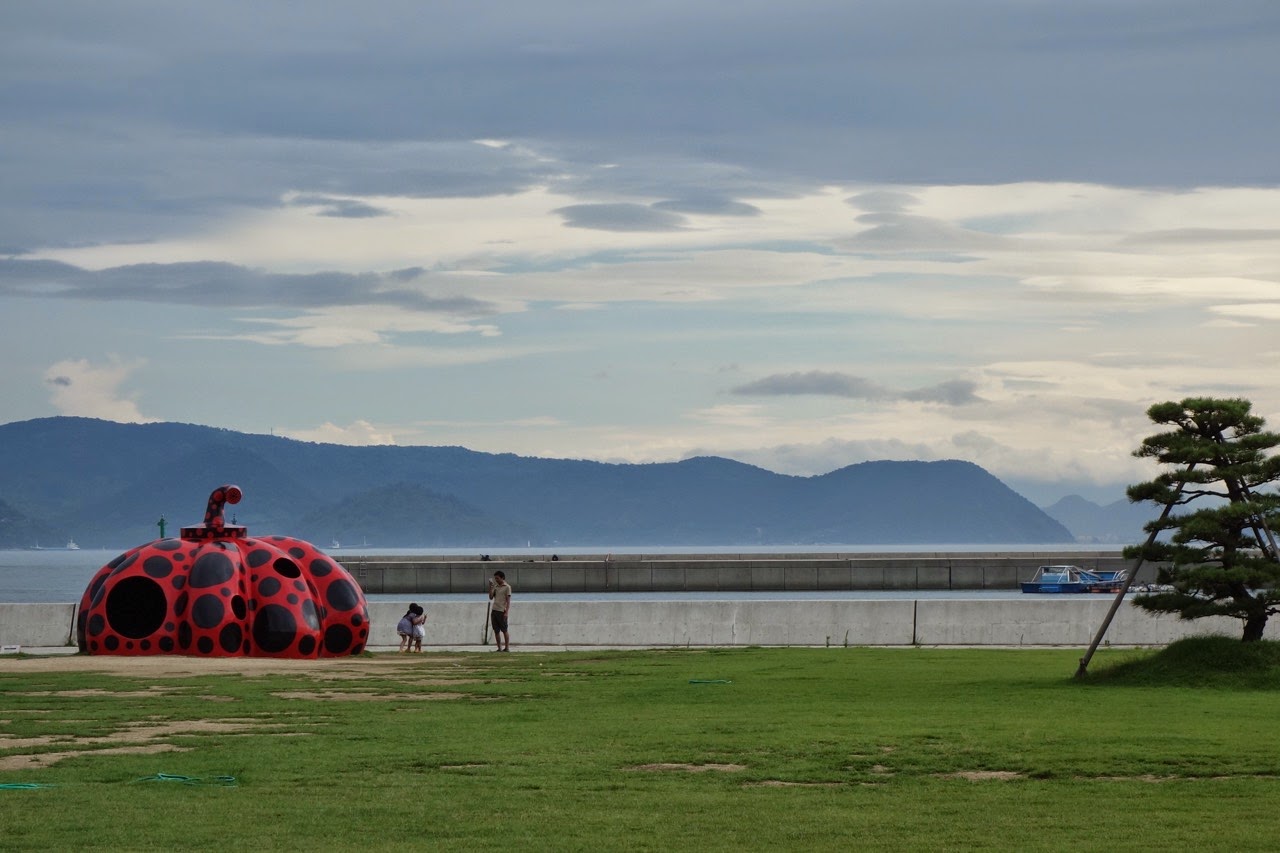 Six days a week, the visitor has the choice between a large number of museums and exhibits. Hence, visitors end up running around like headless chickens, not being able to truly appreciate what they see. Fortunately, each Monday, the staff of most facility takes a well-earned rest and only the best location, the Benessee museum is open. As providence sent me to the island on the right day of the week, I enjoyed the slowest museum visit of my life, pausing in noble silence in front of each masterpiece and enjoyed a sophisticated lunch tray in front of ‘flowers’ (1967) from Andy Warhol at the museum restaurant. 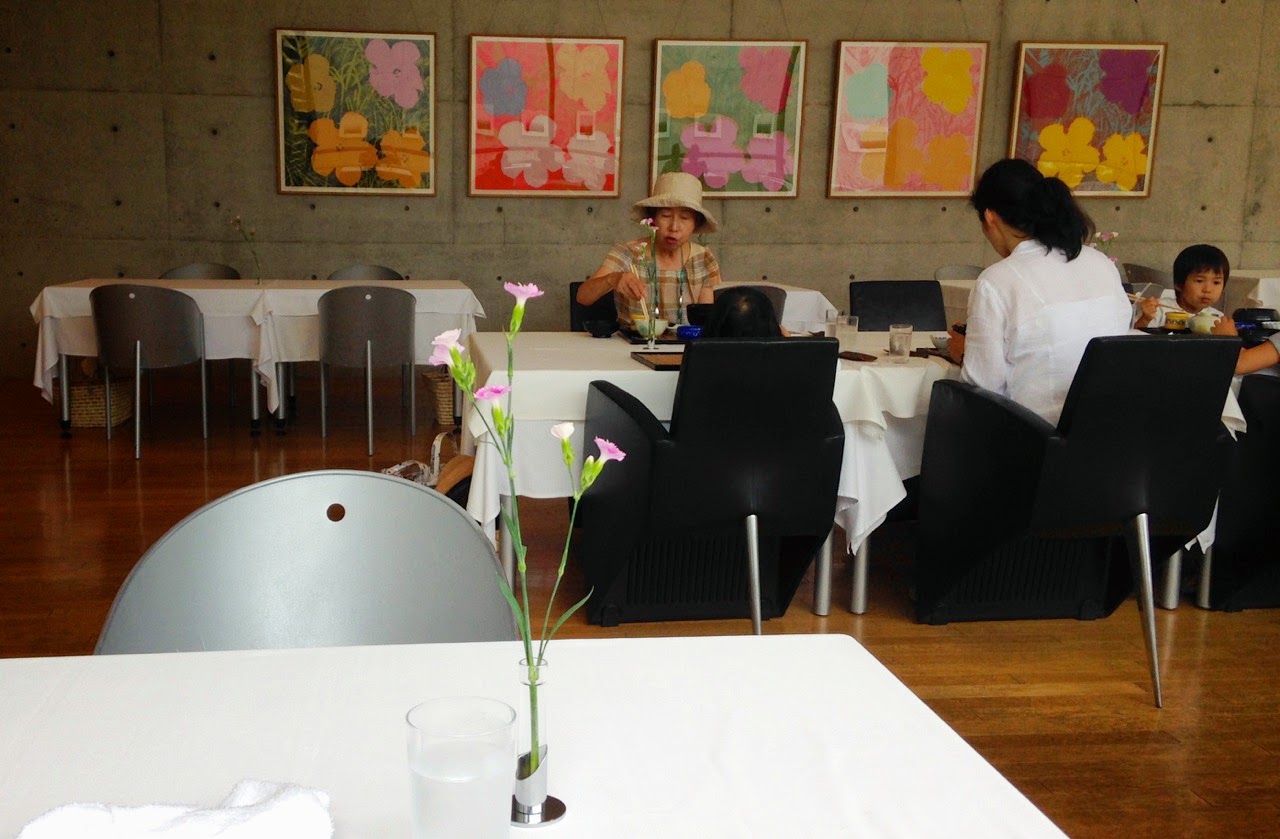 After a 60 minutes ferry ride back to Takamatsu (10 minutes more than on the other direction, the currents must be strong), I was welcomed back by Kats who wanted to take me to a place with even better Udon noodles before enjoying the onsen again since it would definitely be quieter on a Monday. 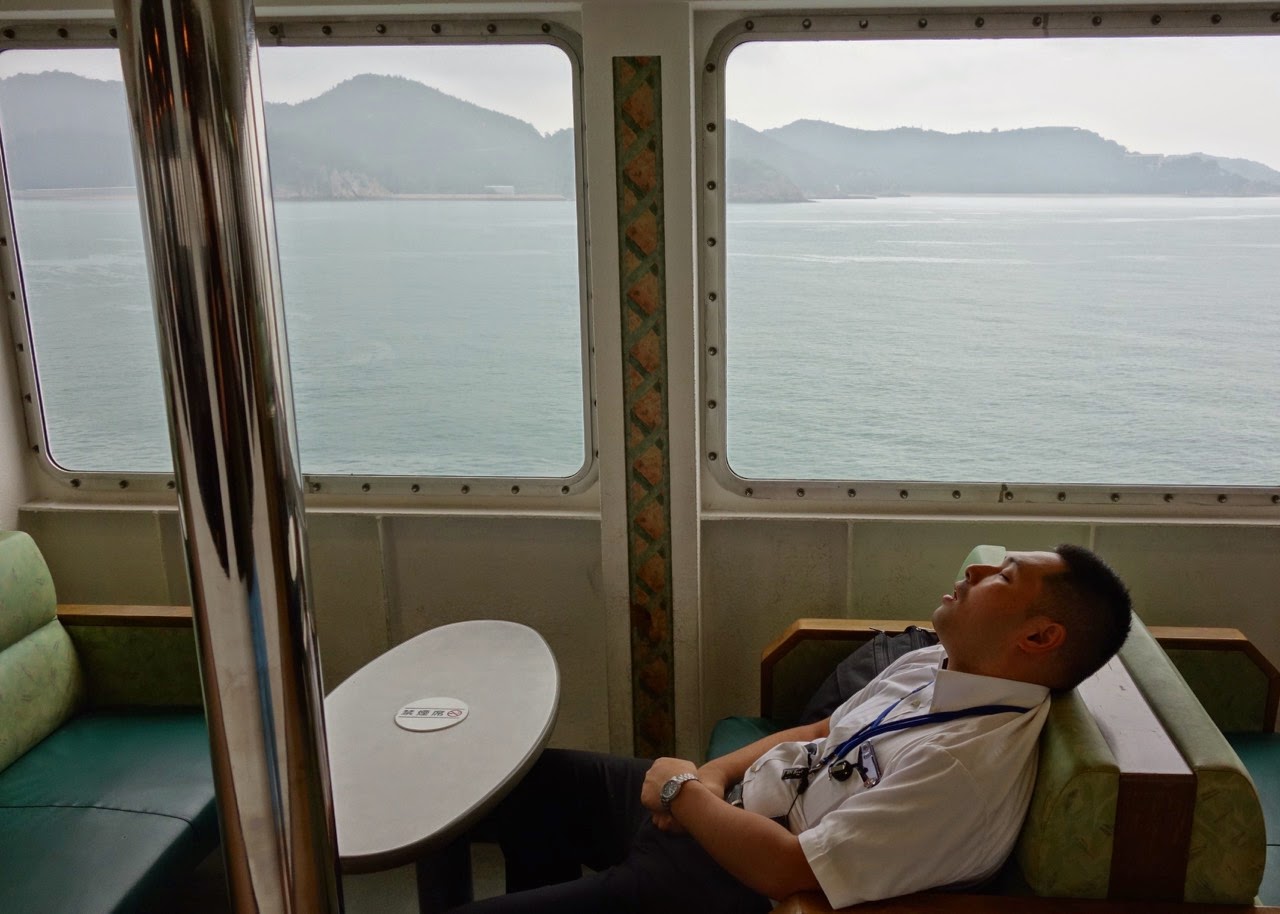